After taking a break in the month of April, we have gathered yet again on last Thursday of the month to talk code. There were three great talks on various topics.

Firstly Dane Šoba explained how to overcome the hardest task one has to overcome while programming. Yes! Naming Things is the hardest. Everybody who were present, will be saving tremendous amount of time while, I expect. In case you couldn’t make the MeetUp, he generously provided his slides, so you can go through them yourself. Still, don’t do the same mistake, and miss the MeetUp again.

Secondly Oto Brglez showed us how to TypeScript. Some movie screen writers were disappointed, as they were expecting something else, but they were in minority. The rest of us were excited to see what Anders Hejlsberg has created this time. Oto live coded a small application, and left us in awe with his code wizardry.

And than, for the grand finale, there was some real heat! Miha Rekar set the graphs on fire. I hadn’t had known you can do that, but on Thursday I was convinced otherwise. As it turns out, there’s something called Flame Graphs out there, and they are pretty useful, if you want to analyse your stack, and check what’s eating all your processing power.

Tradition dictates, to have a beer after the talks. We mostly obey.

Thanks everyone for coming! We’d also like to thank our sponsors Toptal, Poligon and V živo.

See you next time! In the meantime, we can also chat on our Slack. 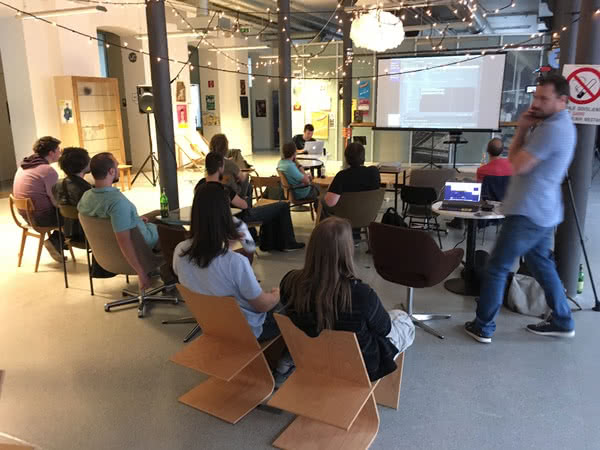 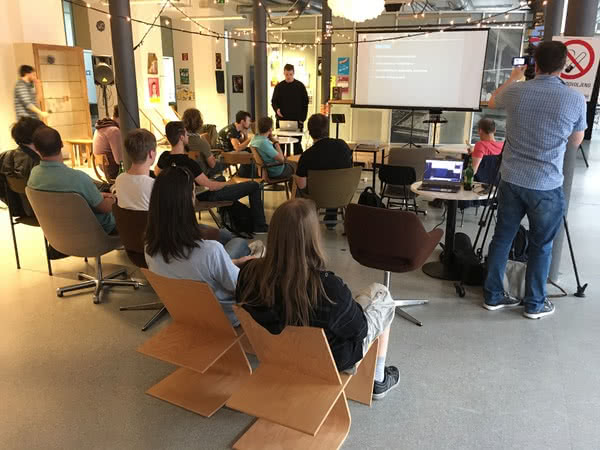